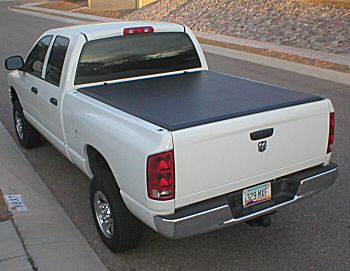 A few years and a couple of trucks ago, we installed and tested an Access Roll Up Cover from Agri-Cover Industries. The Access Cover was-without a doubt-the best roll up tonneau we had ever tested. This cover was tough: even after a rear-end collision by a very tall Jeep, it only suffered a bent rear rail that was replaced under warranty. While attending the SEMA Off-Road Expo in Indianapolis last month, we bumped into the folks from Agri-Cover and told him how pleased we were with the cover, and that even after all of our abuse, it still looked and functioned perfectly. We were pleasantly surprised when they showed us a new offering from Agri-Cover, the Lorado Tonneau cover. This cover has all the same great qualilties we love about the Access Cover and a few new features that make it even better.

First, it uses lower profile side rails, which give the cover a sleeker look without sacrificing its functionability. It also utilizes a revised latching system called the Reflex system that uses a simple pull cord to release the cover for roll up. 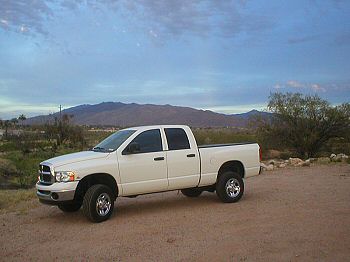 Another innovative feature of the Lorado Cover is a front element seal that keeps the bed of the truck clean and dry. The tension of the Lorado cover can be easily adjusted with the new XT tension control. A simple turn of each knob tightens or loosens the cover, as needed. The new Lorado rolls up and stores easily, and it includes two straps to secure it to the front of the bed.

We installed the Lorado cover in a little over an hour on our 2005 Dodge Heavy Duty. The Lorado cover installs easily and requires no drilling or permanent damage to the truck bed. It installs with 8 aluminum claps which are custom-designed for each application. The only tools necessary are two 9/16″ wrenches and a pair of c-clamps. We found that the c-clamps weren’t necessary if you had a willing assistant for the job. My wife graciously volunteered. If you want the best Tonneau cover on the market, look no further than Agri-Cover Industries.