Staying in touch with civilization, fellow 4-wheelers, or just having the tools required to get a message across is something that just about every technology company is addressing these days. 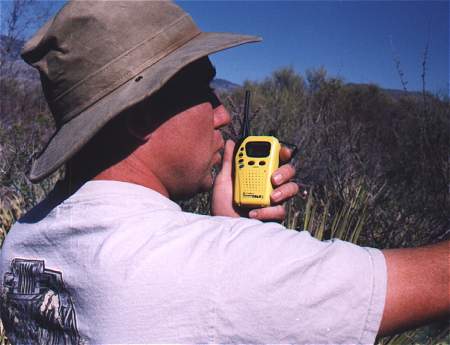 For the folks who venture off road, it’s typically the CB Radio. However, we all know that unless your out in the boonies and are in a small group, the CB Radio leaves a lot to be desired. Cross talk, static, someone’s incessant rambling about the last truck stop and other gibberish tend to fill the airwaves of the Citizens Band circuit. Family Radio Service just may be the savior of the new millennium with some 14 channels and 532 sub-channels to get your message across on.

We recently had the opportunity to review Cobras newest FRS Radio, the new microTalk™3 in a myriad of situations. Right out of the box, the first thing we noticed was the easy one-handed operation, compact pocketsize and rubberized buttons. The first real test, as far as I’m concerned was to see how user-friendly the device is. Right out of the box and without reading any instructions, I was able to use the radio’s basic functions, definitely a plus. The first experience however, was to test the Walkie-Talkie’s deep building penetration between houses. As the crow fly’s, the distance between the two test homes was just over ¼ of a mile with some 15 houses in between. Communication in this test produced trace amounts of static at worst, but words and sounds were crystal clear. The second experiment was to check Cobra’s 2-mile range touting. With two open-top Jeeps, we first drove 1 mile and chatted, crystal clear so far. We then spread the distance by two full miles, while still in line of site… a bit of static, but still readable. Further still, just less than 2.25 miles and still in line of site, the transmissions were slightly garbled, weak and with static, but still mostly understandable with the “Auto-Squelch” turned off. 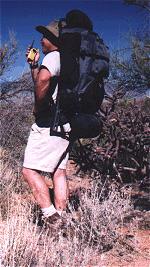 Moab, UT. The CB Radio airwaves were filled with the usual useless junk so we decided to start using the microTalk™3 radios. The drive itself took some 14 hours and the radios worked perfectly with only ½ battery drain. We kept using the radios for another two days during the events at the Easter Jeep Safari before having to replace the batteries.

After spending some time using the radio and feeling comfortable with all of the basic functions, it was time to start using the advanced functions. Typically, we find that companies who manufacture electronic goods tend to do one of two things. They either over-simplify things and have no decent features or they pack their gadgets with options and widgets that no one will ever use or even be able to figure out. Cobra Electronics on the other hand, added a heaping tablespoon of useful features, a pinch of really “neat-o” goodies and stirred in some great ergonomics. Bake for one hour and Presto! A really useful and powerful walkie-talkie.