How to route and plan for your next exhaust system

How To Clock A Rear Axle, and Why

How to: Build the World’s Best Welding Cart

How to: Fix Axle Camber

How To: Build Your Own Torch Cart 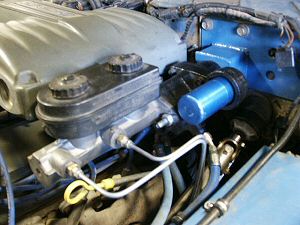 Several years ago, I wrote an article detailing the  installation of a hydroboost unit (picture of my first conversion on the right) from an early ’80s Cadillac into my 1969 Bronco. In that article I gave information on how hydroboost works and shared details on the installation process and my initial impressions after the unit had been installed.

Never one to leave well enough alone, I’ve made a few

changes to my system that are worth sharing for those people who may be interested in performing such a conversion themselves. The information I have learned in the intervening two years since I first installed my system could make the difference between disappointment and elation with how well your brakes work after installing hydroboost in your own Bronco.

In my initial article, I stated how pleased I was with the performance of the booster with the exception of the “squishy” brake pedal. After bleeding the system numerous times, the pedal feel stayed the same and I concluded that this feel was a characteristic of this booster. Conversations with several others familiar with the system confirmed my beliefs.

In late 2002, I purchased a late model Ford Super Duty pickup as my daily driver. This truck, equipped with a diesel engine, uses a hydroboost system due to the lack of vacuum generated by the diesel. The pedal feel in the Super Duty was different than the Bronco’s. It had much less pedal travel, felt more progressive, and had a firm pedal. 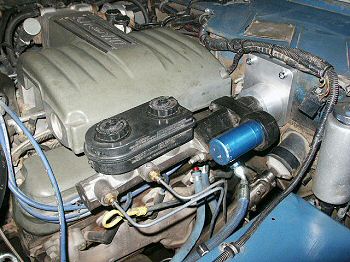 Around this same time, I began conversing with a gentleman named Paul Clark, who owns a firm in Michigan called Hydratech Braking Systems. Hydratech’s core competency is engineering kits to install late-model hydroboost setups into cars originally equipped with vacuum boosted or manual braking systems. After several conversations with Paul, I knew I should work on retrofitting a newer booster to the Bronco.

A hydroboost unit from a wrecked Super Duty was soon located at a local junkyard. As with the earlier unit, the main engineering challenges in retrofitting such a unit to the Bronco involved several key interfaces:

I have to admit that I have a thing for brakes… good ones, that is. …