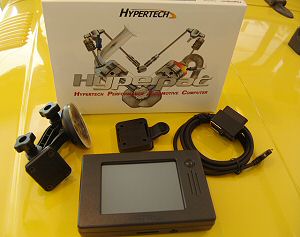 If I’ve said it once, I’ve screamed it a hundred times – I love easy! Easy is good, and adding gobs of power to diesel trucks is getting easier and easier. But sometimes, ‘easy’ just ain’t enough, and Hypertech didn’t stop with just easy either, nor did they rest on their laurels. In today’s dog-eat-dog world of making more and more power with diesel engines, The Hypertech Hyperpac is “pac’ing” their power systems with features that many just hadn’t thought of before.

OK, so they can add a boat-load of power to your diesel engine – there are dozens of companies that can do that for about the same 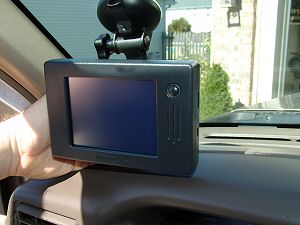 price – big deal. However, Hypertech went the extra ¼ mile – pun intended – and jammed their system with some incredible features. How would you like to have your own drag strip timing system, engine dyno system, chassis dyno system, customizable gauge package and a complete diagnostic system? Yup, like Prego, it’s in there.

Our test truck was a 2004 Ford Super Duty with the Power Stroke diesel engine. Installation was so easy, that we don’t even need an installation guide, because the Hyperpac is simply plug-n-play – honestly.

Our goal was to make this test as “real world” as possible, so I put a call into a buddy of mine, who happens to own a construction company and does some serious hauling. Todd’s ’04 Ford Super Duty is used to haul incredibly heavy loads on a daily basis, and his daily pre-work chores include loading the back of his truck with heavy tools, air compressors, building supplies and much more. He also drags around a heavy 20 foot enclosed trailer, which is stuffed with lumber, and a thousand or so pounds of tools, nails, screws, more lumber, and a complete workshop. 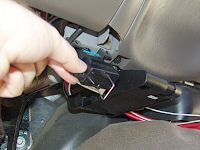 We took 10 minutes to install the Hypertech Hyperpac in his truck – which can be summed up with the following sentence… Mount the Hyperpac to the windshield with the supplied suction cup brakcet, plug it into the ALDL port, then followed the on-screen instructions – that’s it.

With the Hyperpac powered up, we ran through a battery of “short-term” tests, including a number of drag-strip runs, engine and chassis dyno tests and the likes. Out of the box, we picked up just over 100 horse power (most notably at 3500 rpm’s and higher), which is right in line with Hypertech’s claims.

Within a week, Todd ran into a problem with his truck, where it would die intermittently. Todd used the Hyperpac diagnostic system to troubleshoot the truck, and found out that a faulty cam sensor was to blame. A quick trip to the parts store and the truck was fixed, saving Todd hundreds of dollars in mechanic costs.

We than ran the truck through ten tanks of fuel to check and see if there were any fuel savings to the Hyperpac. Regrettably, Todd’s fuel consumption stayed exactly the same. However, the Hyperpac makes no claims into fuel savings, so we’re just fine with that.

So, after a few months of testing and trials, I put a call into Todd to check in and see how the Hypertech Hyperpac was working. Todd summed it up in these following words “That Hyperpac made a world of difference for me. The added power is just what my truck needs when hauling my stuff around every day.”

I then asked Todd to set his truck back to the stock settings and call me back in a week. Just two days after the call he begged and pleaded to allow me to turn it back to the power setting he had it at beforehand. “I feel like someone just pulled the big diesel out of my truck and stuck a 4-cylinder motor in it!” Todd said.

After several months of testing and hauling colossal loads in our ’04 Super Duty, The Hypertech Hyperpac has made a world of difference by adding much needed power. The other features have proven useful, but the diagnostic system was so useful, that it basically paid for itself in the repair savings.

In an ocean of Diesel power-adding gadgets and systems out there, be sure the put Hypertech’s Hyperpac on the very top of your list.